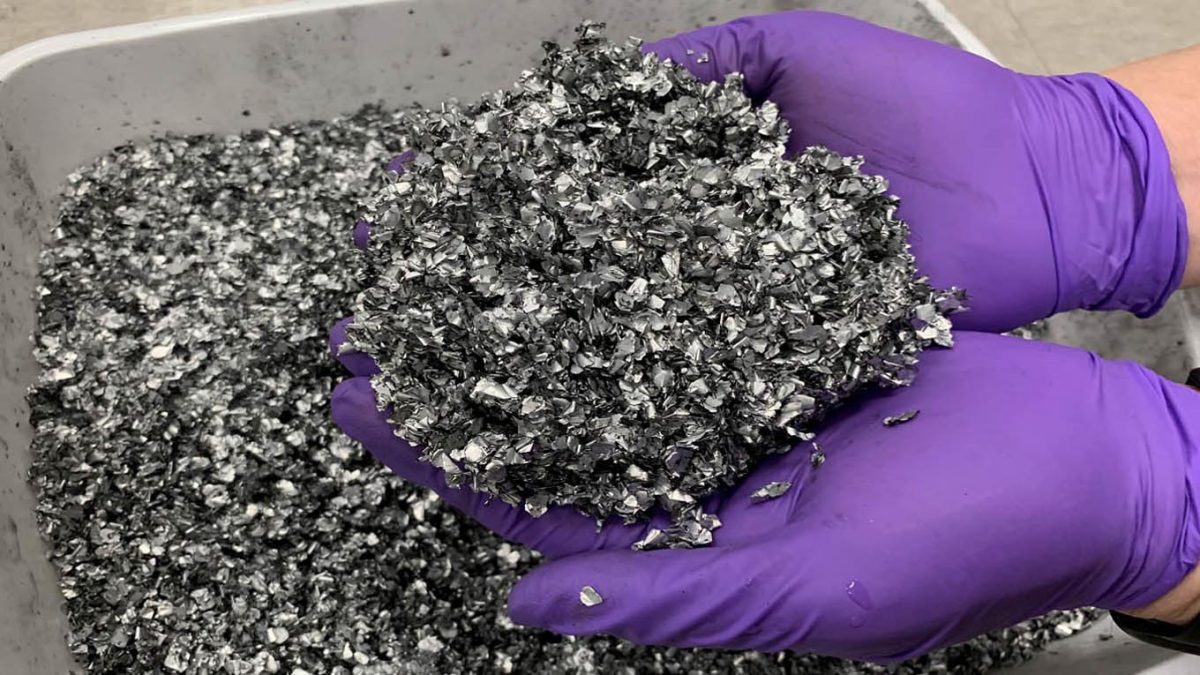 American Manganese Inc. (“AMY” or the “Company”) is pleased to report that the Company’s contract research lab, Kemetco Research, has further optimized the processing capacity of the pilot plant’s pre-leach stage from 160kg/day to 292 kg/day of lithium-ion battery cathode scrap material. The pre-leach stage is where the cathode active material — comprised of lithium, nickel, manganese, and cobalt — is separated from the aluminum foil. The improvement can be attributed to the specialized pieces of equipment announced in the July 30, 2020 press release.

Prior to the recent optimization results, the pre-leach processing capacity was successfully increased from 64 kg/day to 160 kg/day with engineering upgrades, including thermal control of exothermic reactions, which enabled the lithium-ion battery cathode recycling pilot plant to operate at a higher pulp density, as announced in the company’s June 9, 2020 press release.

“Optimization testing has been a beneficial learning curve and we are thrilled to announce a 356% increase in the pre-leach processing capacity of the pilot plant, which we can incorporate into the detailed engineering of our commercial plant design,” said Larry Reaugh, President and CEO of American Manganese.

Kemetco provides scientific expertise in the fields of Specialty Analytical Chemistry, Chemical Process and Extractive Metallurgy. Because Kemetco carries out research in many different fields, it can offer a broader range of backgrounds and expertise than most laboratories.

American Manganese to Participate at the Benzinga Cleantech Small Cap Conference on April 22, 2021