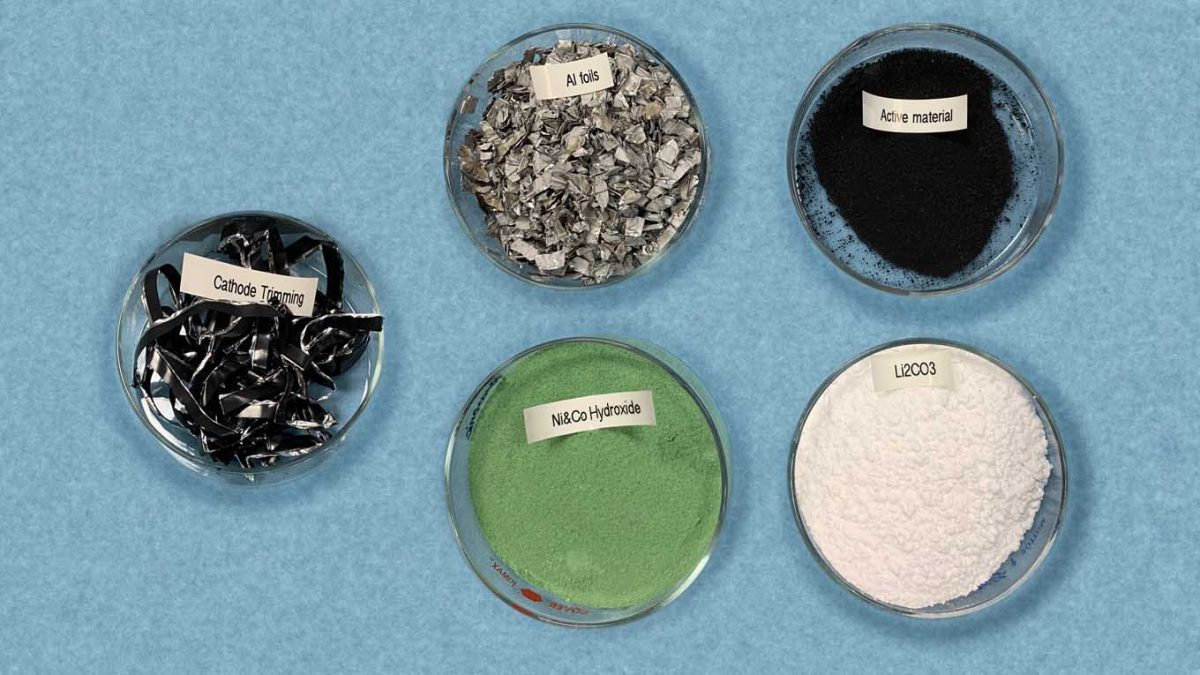 American Manganese Inc. (“AMY” or the “Company”) is pleased to announce that the company has received initial results from Kemetco Research regarding the recycling tests of lithium-ion battery material received from tier-one companies, referred to in the Company’s October 3, 2019 news release. With respect to American Manganese’s confidentiality agreement with the tier-one companies, they will be referred to as Company A and Company B.

The work initiated with laboratory studies to determine the optimum conditions to operate a larger scale pilot run to produce larger quantities of material for customer evaluation.  Based on the initial laboratory tests nickel cobalt hydroxide was successfully produced from the as received cathode scraps.  Recycled samples from Company A reported a recovery of 88.75% for Cobalt and 84.12% for Nickel using the RecycLiCo™ Patented Process.  This material was received as long fine strips and past experience has shown the recoveries can be improved with a different size of shredding to enhance separation of the active material from the aluminum foil.  This sizing is proprietary to American Manganese which the company will advise to the tier-one companies.

“We have produced high quality nickel-cobalt hydroxide (see photo) from our initial tests of tier-one NCA cathode scrap and are optimizing the conditions for a production run of a larger quantity of material for customer testing, which we are proceeding”, says Norm Chow of Kemetco Research.

On the completion of sample lithium-ion battery material from Company A, American Manganese will report on Company B as results are received.