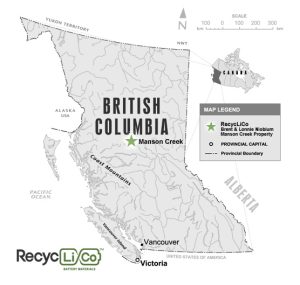 Altitude on the Property varies between 3,200 feet and 4,000 feet. While historically known for its showings of niobium, the Lonnie-Virgil Property has more recently become of interest for its rare-earth elements showings.

Click Here for an in-depth overview of The Lonnie niobium deposit and its relationship to faulting and metamorphism.